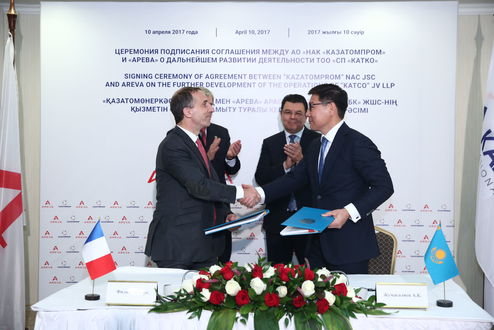 On April 10, 2017, AREVA and KAZATOMPROM signed a major agreement to strengthen their long-standing cooperation in the uranium mining sector in Kazakhstan.

This agreement, which meets interests of Kazakhstan and France, opens new opportunities for further development and enhancement of effective operations of their joint-venture KATCO, AREVA (51%) and KAZATOMPROM (49%). It will bring additional value for both shareholders of the company.

Philippe Knoche, declared: “In the frame of the longstanding nuclear cooperation between KAZAKHSTAN and FRANCE, this agreement strengthens our twenty-year partnership with KAZATOMPROM for the mutually economic benefit of the two partners. It gives KATCO a new long term perspective with the development of the South Tortkuduk project which will extend its production for the next two decades.”

“It is symbolic that we sign the strategic agreement with our reliable partners in the year of celebrating the 20th anniversary of Kazatomprom. A positive example of mutually beneficial cooperation is the successful implementation of joint projects in the nuclear fuel cycle. In addition, the provisions of the agreement correspond to the tasks set by the Head of State N.Nazarbayev to preserve leadership in the uranium mining market and to create a competitive nuclear company in the world", said Askar Zhumagaliyev 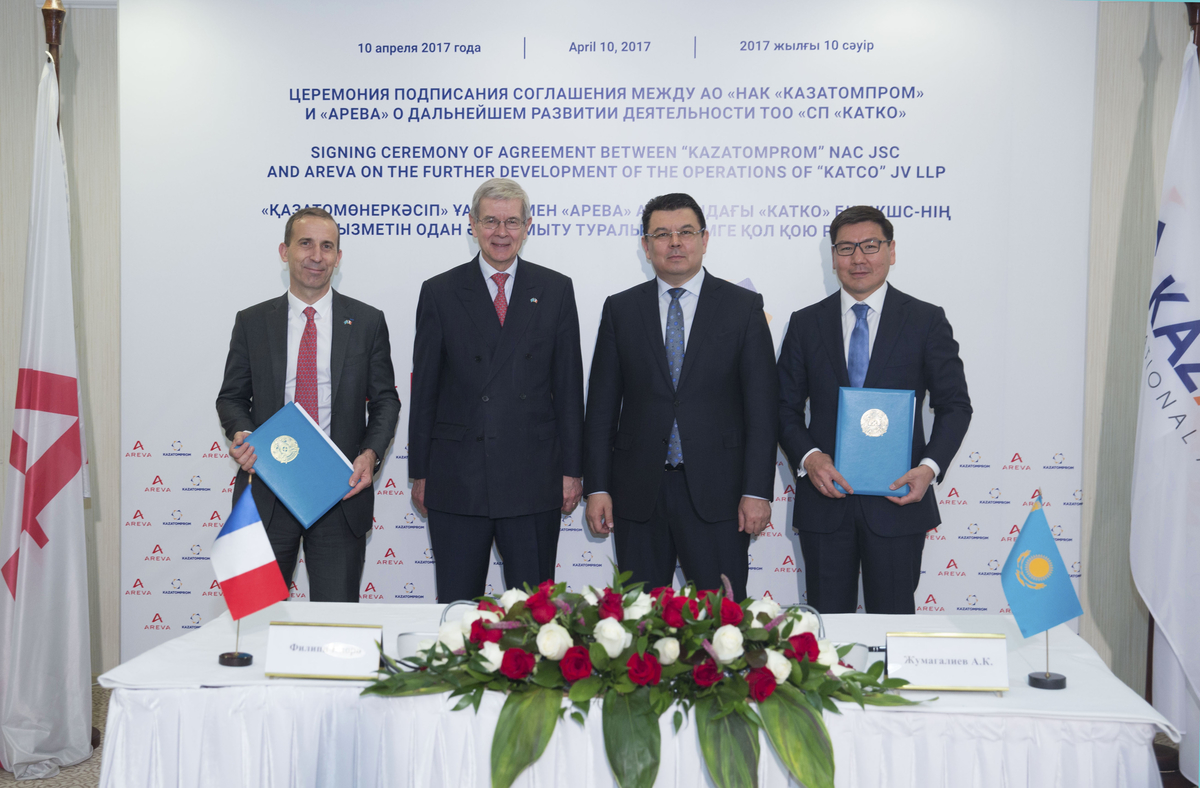 Created in 1996, the KATCO joint venture successfully produces uranium by the method of in-situ recovery at the Muyunkum deposit located in the South-Kazakhstan region. With its production activities, KATCO relies on international experience and knowledge of AREVA and Kazatomprom, two leading uranium mining companies in the world.